Brian’s Story: Every Child Deserves the Chance to Heal 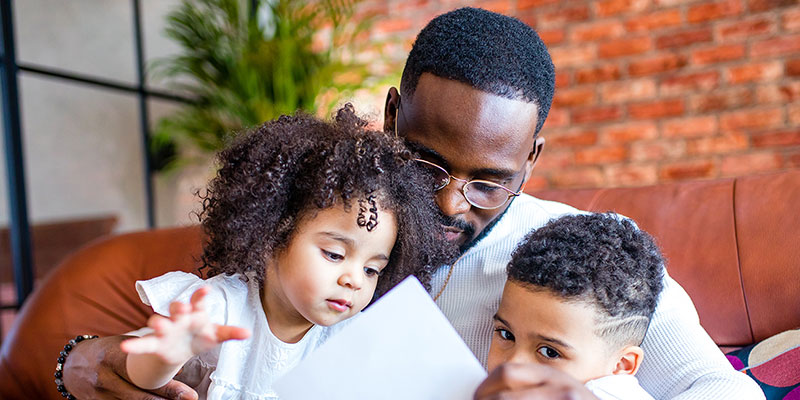 Life for Brian and his two kids was difficult. His wife had battled for years with addiction to meth. She told Brian she was sober, but that wasn’t true.

While Brian was away at work, his wife would sell their own belongings to feed her addiction.

The lies continued to build until one day Brian found drugs hidden in his own home. He needed to do something drastic to protect his children.

One of the hardest things Brian had to do was call the police on his own wife.

Suddenly, Brian found himself as a single dad of two, with no support. His job was inconsistent, making it difficult to make ends meet. Food was scarce.

Brian’s biggest concern was not knowing how to help his children cope with what they witnessed with their mother.

Embarrassed by his circumstances, but determined to find help for his children, Brian came across Friendly Center.

After meeting with one of Friendly Center’s Case Managers, Brian and his children were enrolled in counseling to help them work through the pain of their mother’s substance abuse and departure.

Thanks to donors like you, Brian and his children are taking steps toward healing. If you would like to help the next family in crisis, give a gift today by going here.